MORE THAN 100 Years of EDUCATION

The Presbyterian and Methodist Churches in Queensland meet formally to ‘consider the purchase of the Brisbane High School for Girls and Clayfield College‘. 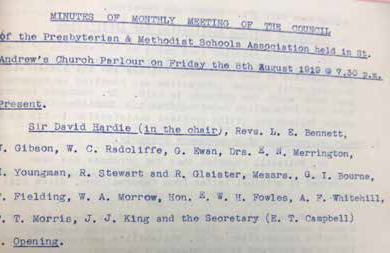 The formal transfer of ownership of the two schools takes place. The original PMSA Council consists of 24 members, six laymen and six clergy from each church. 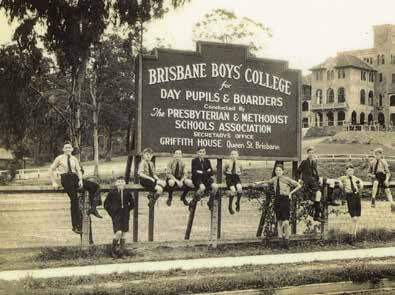 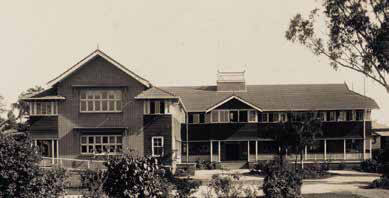 The PMSA re-establishes Clayfield College as a primary and kindergarten school for girls and boys.

World War II begins to have an impact on Brisbane and our PMSA schools. Somerville House is taken over for use by the United States military. The PMSA also provides 50 per cent bursaries to children of military families who have been evacuated to Australia from Asian countries.

The PMSA becomes a founding member of what is now known as Independent Schools Queensland, which promotes and supports the interests of the independent school sector.

The first woman is appointed to the PMSA Council. 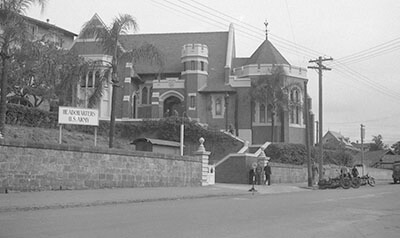 Parental involvement becomes greater in running of the schools with several parents joining the PMSA Council.

The Uniting Church is created after three denominations – the Congregational Union in Australia, the Methodist Church of Australasia, and the Presbyterian Church of Australia – join together. The Uniting Church and the continuing Presbyterian Church become the two appointed churches of the PMSA. After much deliberation, the PMSA retains the original name.

The PMSA repays all monies the Churches lent since the creation of the PMSA.

The PMSA Council accepts a statement of religious and educational aims for the PMSA.

The PMSA Council undertakes the first governance review and grants a greater degree of independence and autonomy to the renamed School Councils. There have been four further reviews of the PMSA’s governance with recommended changes implemented.

The PMSA establishes the Abuse Reference Committee to deal with the allegations by former students of abuse whilst at school. 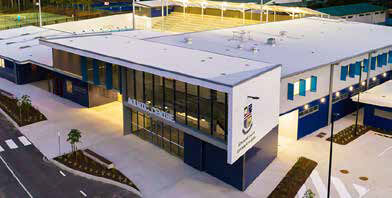 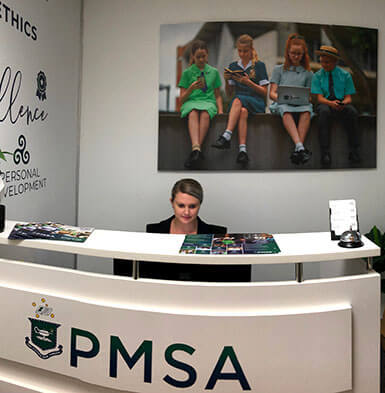 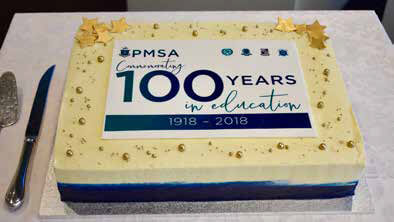 The PMSA commemorates 100 years of education. Following a governance review, the PMSA appoints the first Chief Executive Officer, announces several governance reforms and renames the Council to the PMSA Board.

What does the PMSA crest mean? The PMSA crest is made up of a number of different elements. At the centre of the shield is a lamp on a stand. Light has always been associated with knowledge, and for centuries a lighted oil lamp has been used as a symbol for academic learning. For Christians, the lamp takes on additional significance as a metaphor for the gospel, most notably, Psalm 119:105 says “Your word is a lamp to my feet and a light to my path”. The surrounding shield represents protection and strength. Above the shield is an open book which represents the manifestation of learning and also represents the bible. The Southern Cross sits across the book indicating the PMSA’s focus on education in the southern hemisphere. The PMSA’s motto below the shield “Pro Civitate Bene Fundata” is Latin for “Firmly founded for the good of the State” or “For the Good of the Community”.

MORE THAN 100 YEARS OF History

Established in 1918 to “carry on schools where pupils may obtain a sound classical mathematical, scientific and general education”, the PMSA is a joint mission of the Uniting Church in Australia, Queensland Synod and the Presbyterian Church of Queensland.

Probably one of the first inter-denominational school missions in Australia, the idea of the joint mission of the two Churches formed in late 1917 when two significant events occurred. Concerned with high costs of maintenance of their growing school, the co-Principals of the Brisbane High School for Girls (Somerville House) agreed to consider a proposal by the Methodist Church to purchase the school.

At the same time, the Presbyterian Church was considering the possible purchase of Clayfield College, later to be renamed Brisbane Boys’ College.

This marked the beginning of 100 years of co-operation in Queensland education between the Presbyterian and Methodist Churches in Queensland where ownership and control of the schools was vested in an independent organisation – the PMSA.

To consider the purchase, the two Churches established a council comprising eight members and following acceptance by the two Churches, a constitution was drawn up and the Presbyterian and Methodist Schools Association (PMSA) was born. The Churches established a PMSA Council or Board of Directors and appointed 12 elected members. On 1 July 1918 a formal transfer of ownership of the two schools took place.

The inaugural ceremony was held in the Brisbane Exhibition Hall on 22 July 1918 and the official statement from the PMSA, in part, said:

The education of our young people is to us a matter of vital concern and we felt we ought to be doing more than we have done to surround them with influences which would help to strengthen their Christian faith and to form in them Christian character. We seek no assistance ….. from anyone save from those who think with us and are friends of education and of the Christian way.

The composition of the PMSA Board has changed over time. In its early years, members of the clergy tended to predominate. But towards the latter part of the century, lay members have been in the majority to ensure a balance of skills, experience and qualifications on the Board.

The PMSA and our schools have made a major contribution to Christian education in Queensland. The reason the original joint venture, which began in 1918, has been successful is largely because of the dedication of those men and women who have served its cause so faithfully and well over so many years. This dedication continues, giving confidence for the continued success of the PMSA’s work and our schools.

In 2018, the PMSA commemorated 100 years of providing an outstanding education and guiding young people with Christian values for life. In a new era of education, the PMSA continues to work hard to evolve and change for the future benefit of all schools.

A detailed history of the Presbyterian and Methodist Schools Association is in the book ‘For the Good of the Community’ by Dr Noel Quirke to celebrate the 75th anniversary of the PMSA. Please contact the PMSA Group Office for a copy.

MORE THAN 100 YEARS OF CHAIRS