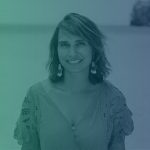 The PMSA Board is very proud to announce the appointment of commercial indigenous artist Delvene Cockatoo-Collins to the PMSA’s Policy Committee.

Delvene is a Nunukul, Ngugi and Goenpul woman of Quandamooka Country (North Stradbroke Island). Recent highlights of her artistic career include designing the Gold Coast Commonwealth Games 2018 prize winner medals, commemorative medal and the large inflatable Migalu, which featured in the Opening Ceremony.

Delvene is the face of the Redland City Council’s magical new short promotional video exploring the Redland’s unique and beautiful coastline which was released just last week. In the video, Delvene warmly welcomes visitors to the spiritual place and her indigenous culture which is the oldest living culture in the world.

Delvene has strong consultative abilities and will add exceptional value and perspective to the PMSA’s Policy Committee.

She is a member of the Advisory Board of the Committee for Brisbane where she has developed policy recommendations for both the Brisbane City Council and the Queensland Government. Her areas of interest on this Committee includes the 2032 Olympic Bid, Arts Policy, Indigenous Community Engagement and Small Business.

A successful artist and business owner, Delvene has a passion for many things including education and is a strong advocate and representative of women and indigenous Australians. She has first-hand experience of independent Christian education. Delvene attended both Fairholme College and Kooralbyn International School and her son boarded at Brisbane Boys’ College.

Make sure you take a look at the short 2-minute video to get to know Delvene and her home.

You can read more about Delvene Cockatoo-Collins in her profile.