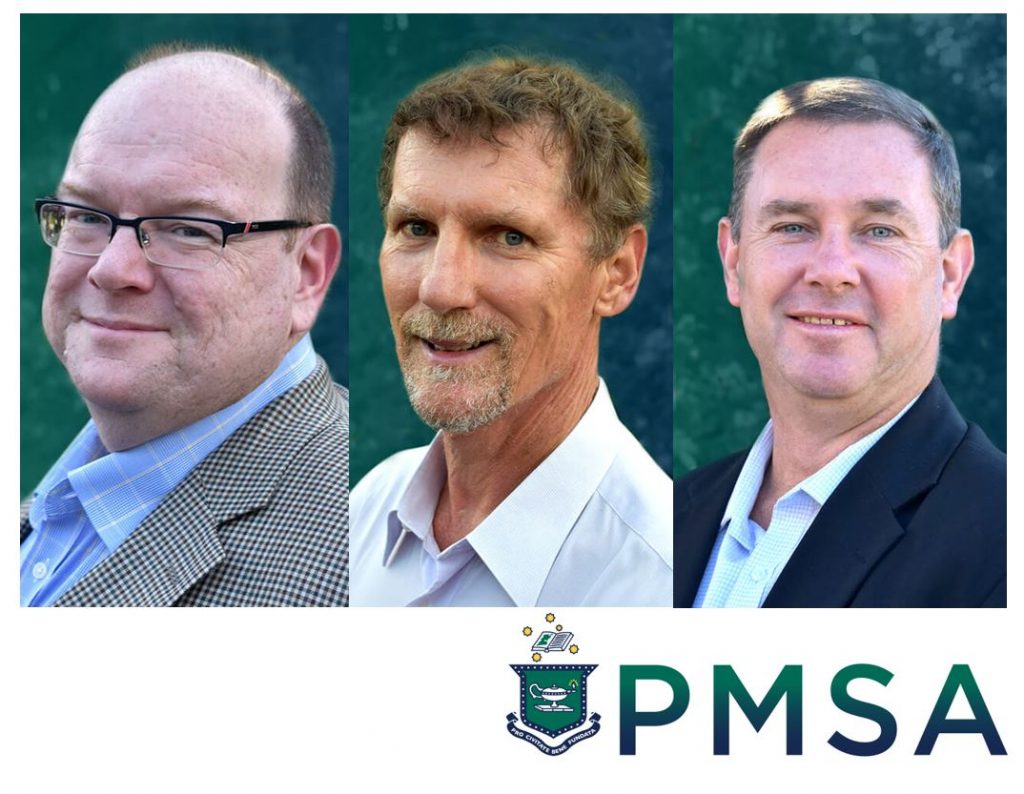 The PMSA Board would like to sincerely thank retiring Board members Greg Skelton, Con Graves and Greg Braithwaite for their commitment and service to the PMSA.

Greg Skelton retires from his position following five years on the Board including five years as Chair of the Audit, Finance and Risk Committee. During his service, Greg also sat on the Appointment and Remuneration Committee for four years.

Con Graves retires following his appointment in 2017 and has made a great contribution to the Board. During his time, Con served on the Somerville House Council, the Brisbane Boys’ College Council as well as the Policy Committee. He was also instrumental in developing the PMSA’s Strategic Plan 2019-2023.

PMSA Chair Morgan Parker said that the Board members’ contributions were invaluable.

“I would like to personally thank Greg, Con and Greg for their outstanding individual contributions to the PMSA during this period of great change. I enjoyed working with each of them and would like to wish them all the best in their future journeys,” said Morgan Parker.