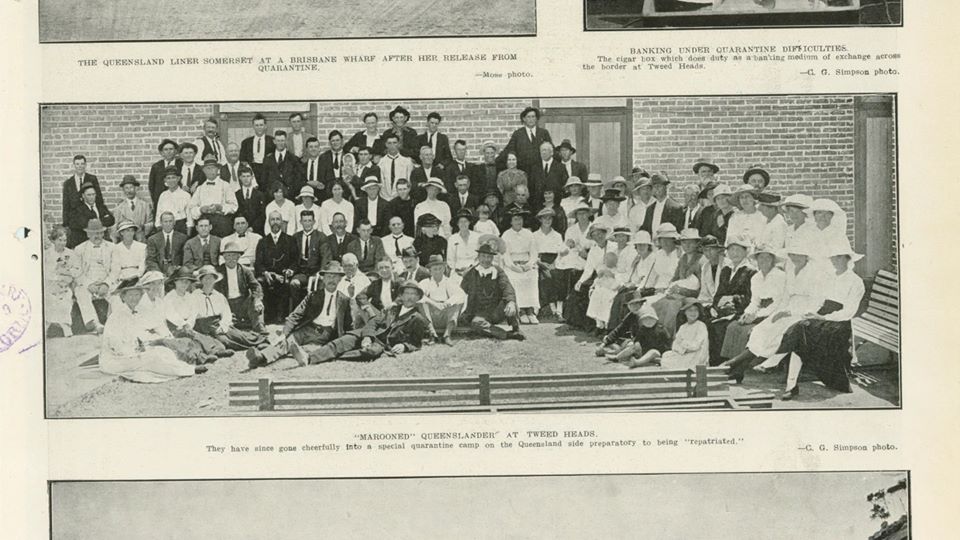 In these challenging times for everyone, particularly schools, the Presbyterian and Methodist Schools Association’s (PMSA) more than 100 years of history has shown that our PMSA schools have somewhat been here before, with schools agilely adapting with the times.

In early 1919 when the Spanish flu or pneumonic influenza epidemic swept across the world, many staff at Somerville House including the school principals were stranded at Coolangatta when, like today, the borders were closed.

Somerville House’s 1919 magazine A Legacy of Honour recalls the principals Miss Jarrett and Miss Harker found themselves being kept in a quarantine camp in “very primitive and unpleasant conditions at Tweed Heads”.

“The worst aspect of this situation was that they were unable to return in time to open the school for the start of the school year on 6 February,” the year book states.

The start of Term 1 1919 was consequently delayed until March and parents were notified of the delayed opening in the newspaper.

Along with the principals, the matron of the Somerville House boarding house, seven regular staff, and three visiting teachers were held in quarantine until 27 February.

For Brisbane Boys’ College, the Spanish flu didn’t have as big an impact on staff and students as the recently ended World War. But school routines at our PMSA schools have been disturbed many other times.

In 1932, an outbreak of polio or infantile paralysis kept students under the age of 10 at home for six weeks at all three PMSA schools – Brisbane Boys’ College, Somerville House and the newly established Clayfield College.

According to the Somerville House Honour before Honours magazine, the PMSA followed the regulations of the Department of Public Instruction set for the state schools to keep children under 10 at home and the boarding house also closed.

To continue the students’ education, the principals immediately organised a correspondence course and the papers were mailed out to students at home twice a week as far as Southport and the Darling Downs.

“All the girls who took the correspondence lessons were able to take the 1st Quarter’s examinations on equal conditions with those who were at school,” the magazine stated.

Day girls who were able to attend school during the epidemic had to gargle with Condy’s crystals before school and were expected to do the same when they returned home.

In 1934, a mumps epidemic ravaged Brisbane and the Brisbane Boys’ College boarding house was impacted significantly with only three of 54 boarders not catching the disease.

PMSA Chief Executive Officer Sharon Callister said two World Wars, the Great Depression, as well as these many health outbreaks have significantly impacted our schools, but the resilience and compassion and kindness of the school community has been a shining beacon of light each time.

“Today, our schools have adapted quickly and are well prepared for this challenging time with well-developed technology to deliver learning from home to our students,” Said Mrs Callister.

“We’ve somewhat been here before and worked together to get through the challenges. We will do it again.”

* The photo is a page from the Queenslander pictorial supplement to The Queenslander on 15 February 1919, showing Queenslanders stranded in NSW following the sudden closure of border (Source: John Oxley Library).