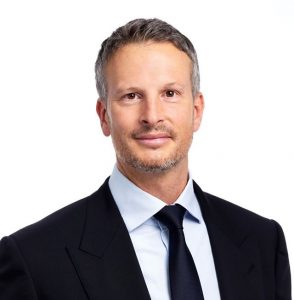 The PMSA Board is pleased to announce Morgan Parker as the incoming Chair of the PMSA effective 20 March 2020 following the retirement of current Chair Greg Adsett.

A successful international investment executive and recognised philanthropist, Mr Parker is the current PMSA Deputy Chair. Elected by the PMSA Board, he will bring his extensive experience serving on many boards over the last 18 years in commercial, not-for-profit and industry organisations.

Mr Parker is a full-time non-executive director and currently serves on five boards including Newcastle Airport, SunCentral, ASX-listed Garda Capital and UbiPark. For 12 years until 2017, Mr Parker was Chair of the Asia Pacific Research Council for the International Council of Shopping Centers, one of the world’s largest trade bodies in the real estate industry.

Professionally, Mr Parker has spent the last 25 years working as a senior executive in large, complex institutions such as Morgan Stanley, Macquarie Bank and Lendlease. Most recently, he held C-level roles with the Rockefeller family and the sovereign investment firm of the UAE’s Prime Minister.

“As the Chair of the PMSA, my focus will be on ensuring the PMSA is a healthy and vibrant organisation providing world-class education in a Christian setting,” Mr Parker said on the announcement of his appointment.

“I believe our top three priorities are to further improve governance, operate more strategically and to embed a more supporting and collaborative culture that better reflects our Christian mission.”

Mr Parker’s association with PMSA schools spans more than three decades. He attended Brisbane Boys’ College where he was school captain, his sister attended Somerville House and his daughter is a current Somerville House student.

Mr Parker was appointed to the PMSA Board in April 2018 and was a previous director of the Somerville House Foundation.

Mr Parker will replace the current Chair Greg Adsett who will retire from the Board after serving his maximum nine year tenure.

Mr Adsett was appointed to the Board in 2011 and elected Chair in August 2017. He also served as Chair of the Sunshine Coast Grammar School for four years.
In accepting the position, Mr Parker acknowledged the hard-work, dedication and commitment of Mr Adsett.

“Greg has been a loyal and supportive leader who has laid strong foundations to build relationships. He has navigated the complexities of an organisation going through extensive change and I am honoured to stand on his shoulders to take the organisation to the next level.”

The appointment of the Chair follows a nomination and election process outlined in the PMSA’s Board Charter. The maximum tenure of nine years for Board and School Council members was among the many governance reforms that the PMSA has implemented in recent times.