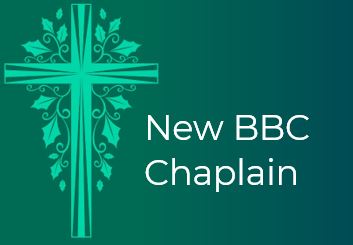 The PMSA is delighted to share the news from BBC of the appointment of Stephen Ward to the position of Chaplain at Brisbane Boys’ College from 1 January 2020.

For the past nine years, Stephen has been the College Chaplain at John Paul College at Daisy Hill. John Paul College is an independent, coeducational, ecumenical day and boarding school with 2,000 students from early learning to Year 12.

In a previous role as College Chaplain at Warragul Regional College during the late 1990s and early 2000s, Stephen was awarded a ‘Centenary Medal’ by the Governor General and Prime Minister for service to youth in schools.

Stephen sees his vocation as a Chaplain as being the calling of God in his life. He says that, “there is nothing better than being in a school environment where you can help young people explore faith, values, service, identity, gifts and talents”.

Stephen’s years of experience in Christian Ministry and in education stands him in good stead to serve the needs of the BBC community.

The BBC community is very much looking forward to Stephen joining the College next year.

We would like to wish Stephen all the best for his new role and assisting the PMSA to carry out our mission to provide outstanding teaching and learning environments for our students and staff, in schools built on the teachings and examples of Jesus Christ.

Current College Chaplain Graham Cole, who has been in the role for 27 years, will retire at the end of 2019.