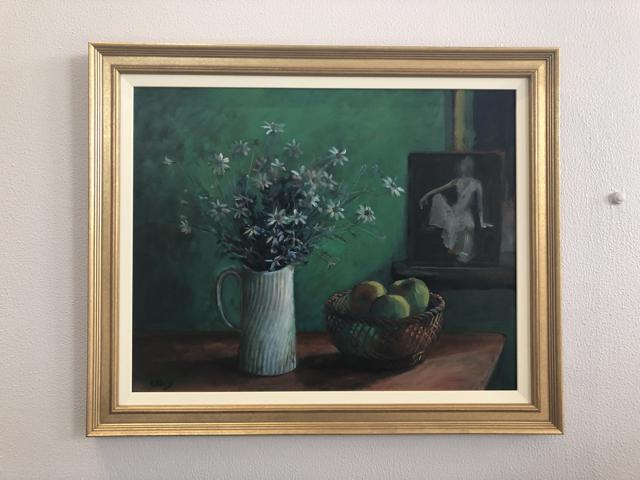 With each PMSA school feverishly preparing for their annual Art Show in October and the PMSA Student Art Competition entries due on 8 October, here are a few inspirational stories of past students from PMSA schools who have made their name in the art world.

Since the early days, art has always been a strong focus of the curriculum at PMSA schools.

One of the most well-known names in the Australian art scene is the late Margaret Olley, who was a boarder at Somerville House during the 1930s.

Her fame is now legendary with a career spanning more than 60 years. Passing away in 2011 at the age of 88, Margaret Olley was known among her school friends for her wit, creativity, unpretentiousness and for famously dropping French to focus on art.

For other artists, she was an inspiration and has ensured artistic futures for many successive generations, including those at Somerville and other PMSA schools.

Margaret Olley donated two beautiful paintings (one pictured) to Somerville and was named a National Living Treasure in 1997.

Another Somerville Old Girl artist, the late Betty Churcher AO also inspired many young artists as both the Art Director at the Australian Art Gallery and as an influential art teacher at Clayfield College.

One student inspired by Ms Barker and Ms Churcher was Clayfield Old Collegian Liz Heber. With a long career as a science teacher and deputy principal at Clayfield College and other schools, Liz Heber retired from teaching in the late 90s and has been a designer, silk painter and mixed media artist since.

Liz Heber said Betty Churcher made a tremendous difference to her life.

Liz will be assisting with judging of the PMSA Student Art Competition.

Some more recent well-known artists from PMSA Schools include Somerville Old Girl Rhana Devenport who has just been appointed Director of the Art Gallery of South Australia.

On a scholarship at Clayfield from the Australian Indigenous Education Foundation (AIEF), Claudia says she would not have picked up a paintbrush if it weren’t for the AIEF.

Other artists of note or those prominent in the art field who attended PMSA schools include: