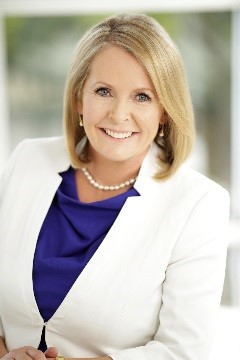 The Presbyterian and Methodist Schools Association is pleased to announce the appointment of Kim Kiepe as principal of Somerville House commencing in the 120th year of the historic school for girls.

Mrs Kiepe is currently principal of St Hilda’s Anglican School for Girls in Perth and will relocate to her home town of Brisbane for the role in January 2019.

“Mrs Kiepe has an outstanding reputation as a fine educator and for empowering young women to reach their potential,” Mr Demack said.

“Mrs Kiepe’s values, vision and passion align closely to those of Somerville House. Her warm and engaging manner will ensure she takes her place as the 12th principal and continues and builds on the strong traditions of the school.”

Mrs Kiepe has spent the majority of her career in girls’ schools with large boarding communities and extensive co-curricular and global exchange programs.

Under her leadership at St Hilda’s since 2015, the school has continued its reputation as one of Western Australia’s top performing schools, being well known for a focus on academic excellence, quality teaching and a commitment to student wellbeing and performance in girls’ sport, music and cultural pursuits.

She will bring extensive school leadership experience to the Somerville House Principal role, having taught and led in Education Queensland schools, the TAFE sector and Anglican girls’ schools for more than 30 years.

Mrs Kiepe has previously held the positions of Deputy Principal at St Aidan’s Anglican Girls’ School in Brisbane and Head of Boarding and Senior Years’ Co-ordinator at St Hilda’s School on the Gold Coast.

Mrs Kiepe said she was very much looking forward to joining the Somerville House community, particularly in the school’s 120th year.

“Somerville House has a reputation as one of Australia’s leading schools for girls,” Mrs Kiepe said.

“I am committed to maintaining past traditions and building strong relationships within the Somerville community.

“This is a wonderful opportunity to lead the staff in supporting each student’s aspirations and build on the school’s reputation.”

Mrs Kiepe holds a Masters of Educational Leadership and Management, a Bachelor in Education and a Diploma of Teaching.

She has presented at a number of conferences on leadership development of girls and staff and has a keen interest and experience in governance, compliance, marketing and financial oversight in education, which is supported by her study at the Australian Institute of Company Directors.