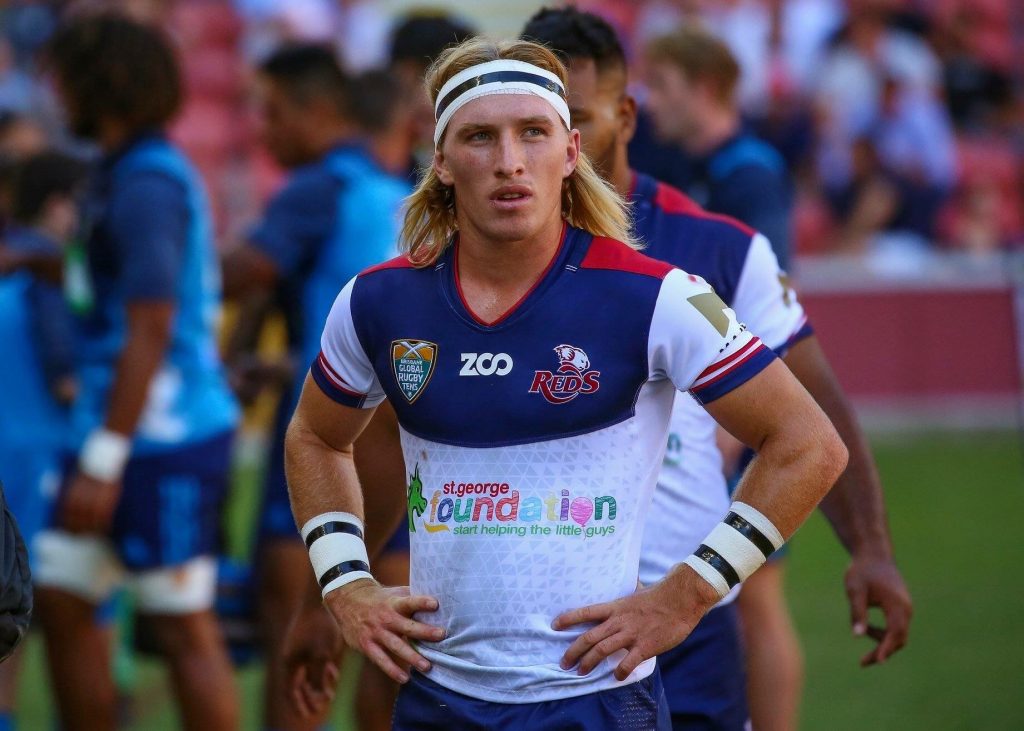 Tate, who has just completed his first pre-season with the Queensland Red squad will study a Bachelor of Secondary Education, majoring in Physical Education. The scholarship will help to cover the cost of his degree while progressing his career in professional rugby.

Tate was selected to play for the Reds in the Global Rugby 10’s tournament in Brisbane where they made it through to the semi-finals and has made his official debut for the Queensland Reds.

Tate hopes to follow in the footsteps of another Grammar Rugby old boy and Brumbies lock, Blake Enever (2008) who recently made his Wallabies debut against England last November.

“I hope I get the opportunity to play against Blake in the third round of the Super Rugby test when we take on the Brumbies on home soil at Suncorp on March 2,” said Tate.

“I am passionate about giving back and educating the younger generation, so down the track once I have finished my rugby career and completed my studies, I hope to get into the education industry and make a real difference for the next generation of students and aspiring young athletes.”